The Punp boss and Art Wilson producer eases you into a new week with a mix of soft rock, r'n'b and house.

The Punp boss and Art Wilson producer eases you into a new week with a mix of soft rock, r'n'b and house.

Self-confessed "playful grump" Andrew Wilson brings a sense of calm and ease to his musical creations, whether it's his deep house and breaks-driven productions under Andras or his ambient musings as Art Wilson and Wilson Tanner.

As Andras he's charted releases for a wealth of labels, including regular appearances on Dopeness Galore and his own Punp imprint, and instalments for the likes of Public Possession, Superconscious and Beats In Space.

As well as his efforts under this moniker, individually as Art Wilson and, alongside Eleventeen Eston as Wilson Tanner, he explores the softer side of his production abilities, with releases via Growing Bin and Efficient Space showcasing this beautiful concotion of ambient, new age and experimental.

We invited him to take control of this week's Ransom Note mix which drifts through soft rock, downtempo r'n'b and house, promising to lift your spirits in this new week of lockdown...

Please introduce yourself… Who are you, where are you and what are you? 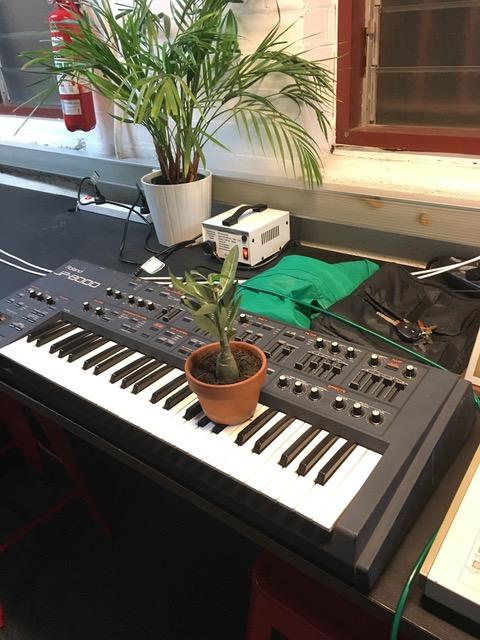 On a sunday morning, at home on the couch.

Whilst this mix is mostly 'new music' it would be a good soundtrack for sorting through a box of old memories.

What would be your dream setting to record a mix: Location/system/format?

That question reads like a C: file directory. I’d love if someone could drive me around town whilst I put things in order in a Mac OSX folder.

I’d like to go back to back with Lewis Fidock (Instant Peterson) when we were about 19 years old again.

I was so lucky. When I was 13 my grandfather dropped off this 70s Australian built nightclub console, which was on wheels. two belt drive turntables, a monophonic rotary mixer, a gooseneck micrphone, work lamb, amp and two huge fridge sized speakers. It was $100. I destroyed the speakers when I DJ’d at my 15th birthday party.

The track you start on. The ending is always a compromise.

Canapes or 'finger food’ as we refer to it locally.

Upcoming in the world of Andras...

More dance music! Wilson Tanner album number three will be recorded in a vineyard. An electronic soundtrack for the Victorian Gold Rush 1851~1960. A ‘dark’ followup to my 'Art Wilson - Overworld’ album.

Anything else we need to discuss?

Kennedy: The 'Shine A Light On' Mix

Selections for the soul from the Music From Memory and Red Light Records team member.

The PRAH affiliates and NTS residents put together a mix of improvised music to welcome you into a new week.

For six years he has worked tirelessly, self releasing music which has delighted and enticed dancefloors across the world. He has received applause and recognition from a great number of outlets including dj's, magazines and buyers. His records now fetch high prices on Discogs and yet at the same time he isn't a man who lends himself to hype, notoriety, fortune or fame.

Dj Skimask: The 'Shine A Light On' Mix

Dj Skimask is an alias of Patrick Henderson, a London based collector and occasional disc jockey who works behind the counter at one of the most loved second hand record stores in the UK. Reckless Records still proudly waves a flag as one of the most reputable record dealers in the country and has been built upon the dependability, curation and assistance of friends and staff.

Diverse moods and flavours from the Skylab resident and Pure Space producer.