Soon after Bristol DJ James Dyer warmed up for Artwork in 2017, the Art's House boss added him to his favourite warm up DJs he'd played with that year. "That guy from Motion Bristol" was tracked down after a shout out on social media and Artwork invited him to play at his XOYO residency. High praise indeed. Even more came recently when Andrew Weatherall handpicked him to warm up for him this coming New Year in London.

Back in his home of Bristol, as well as being one of Motion's residents, James runs his own party Club Blanco, where he's honed his craft warming up the floor for the likes of Moscoman, ALFOS and Massimiliano Pagliara

We invited him to take control of this week's Alternative mix which showcases that perfectly measured and judged warm up we speak of: psychedelic slow burners and low strung tribal rhythms that build to a hypnotic climax. This is two hours you don't want to miss...

Please introduce yourself… Who are you, where are you and what are you?

I am James, also commonly known as Chez. Currently on planet earth, half man half mushroom 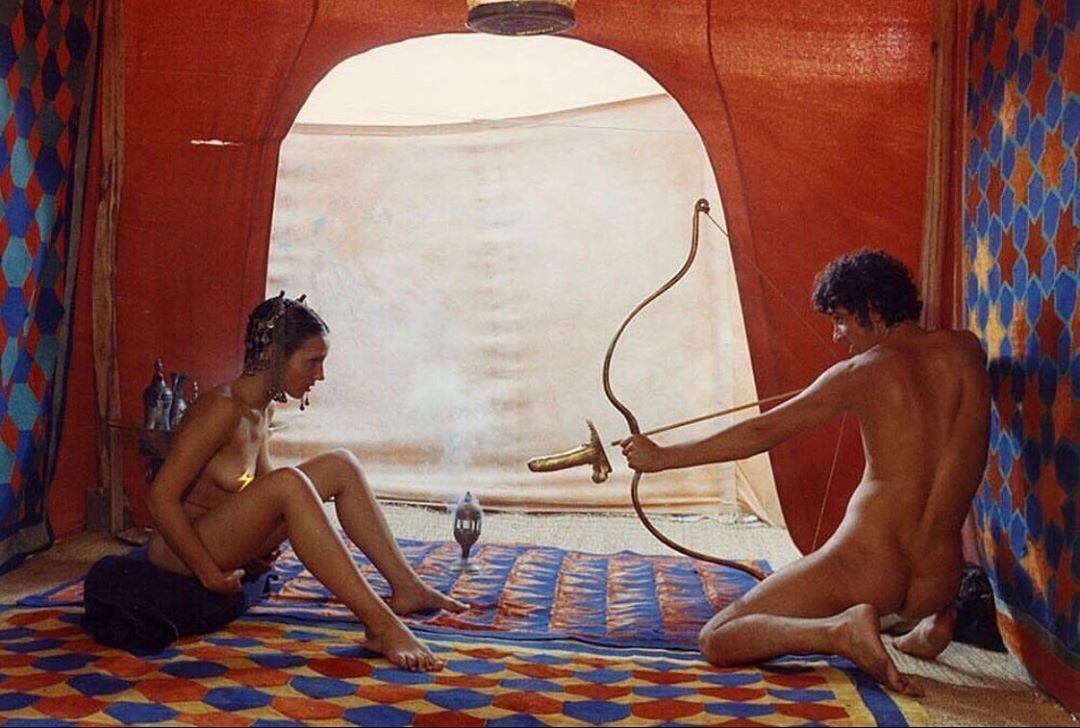 At my studio in the heart of the peoples republic of Stokes Croft, Bristol

Riding a camel into the night

A heavily embellished slip dress with a cascading neck line

What would be your dream setting to record a mix: Location/system/format?

It is a collection of favourites. Some new, some not so new and some old

Don’t have a favourite of such but here are some that spring to mind or really resonated with me at a certain time: Optimogeddon, Hunee - Things Behind The Sun, all the old Harvey mixes, Jonny Rock - Old School Rider, Job Jobse 190 minutes of strangelove, Laminate Radio

Alfredo, Amnesia terrace in the 80s. I think we would make some magic

The first record I remember buying would be Hall & Oats - I Can’t Go For That, originally purchased for the dismal b-side remix. Turns out the original is an actual masterpiece I only came to appreciate years later. The last record I bought was Harry Thumann - Experiments which I picked up yesterday. Re-issue that's just came out on Best Italy. Cosmic disco in the upper echelons. Looking forward to aligning the stars on a dance floor with this sometime soon

Upcoming in the world of James Dyer…

Been really busy in the studio recently so some music from myself upcoming. There's an unreleased track in the mix which is seeing the light of day for the first time. Will be seeing in the new year with Mr Weatherall at Mick’s Garage which I am very much looking forward to. Also have some Club Blanco (party I do in Bristol) lined up for 2020, first of which we have Roman Flügel in February as a warm up for Love International

Anything else we need to discuss?

A euphoric nostalgia-inducing mix from the Projekt LAB resident and Oramics collective member...

Kate Webb: The 'Shine A Light On' Mix

The London-based DJ kicks our week into shape with a mix of deep, heads down house, garage and acid...

The Alter Ego member and Playhouse and Klang Elektronik co-founder steps up...

Early electronics, musique concrete, industrial and experimental from the London-based DJ and promoter...

An unpredictable and compelling mix from the Idle Press boss...

David McNamee AKA Cut A Lonely Figure gives us a taste of the influences that run through his cassette label...