A guided tour of the Persian gulf island from the emerging DJ duo and label.

A guided tour of the Persian gulf island from the emerging DJ duo and label.

The Kingdom of Bahrain is a small island country in the Arabian Gulf, lying between Saudi Arabia and Qatar. The beautiful island, known for its sense of community and diversity, is home to Dar Disku, a new label founded by Mazen AlMaskati and Vish Mhatre last year. Their ethos is simple, to celebrate and share music from across Arabia, be that psychedelia, disco, hip hop and beyond. These sounds of their homeland characterise their sets and mixes which have recently lead to a string of shows across the UK, with plenty more on the horizon.

As a country we're less than au fait with, we were keen to hear about the going ons on this illusive island, so who better to guide us around the country than this enigmatic pair...

"A lot of memories in Bahrain come from being outdoors. There’s something about being by the sea on a small island where everyone knows each other that influences the pace of life and the people who once lived there - no matter where life takes them. The sights and smells, spreads of food made to be shared, strong sense of community, multilingual diversity, the mix of old and new, and wonderful sunshine inspires everything that we do. Whether it was a yearning to create a similar sense of community, or celebrate the culture we grew up with, a lot of it stems from this special tiny island we grew up on."

Manama Souq is Bahrain’s oldest souq (market) and though much of it has been renovated, a lot of the old architecture remains including the ‘Bab al Bahrain’, meaning Gateway of Bahrain in Arabic. You can find almost anything and everything here and that includes music. A gem of hidden treasures lie beneath shelves of pirated DVDs and music hidden in a video shop - after hours of digging in the heat of the 40 degree Bahraini sun we stumbled upon thousands of rare Middle Eastern tapes. This was such a relief to myself and Maz as we had been told by about 20 shopkeepers before that we would find it in “just a five minute walk”. Each shopkeeper reminded us about the rapid gentrification of the area and said that most record shops and tape shops had shut to make way for new souvenir stalls, however all of them said there was one spot still left over. Once we found it we pretty much purchased the entire stock. We spent the rest of the day playing the tapes on a boom box and diving into a swimming pool nearby. 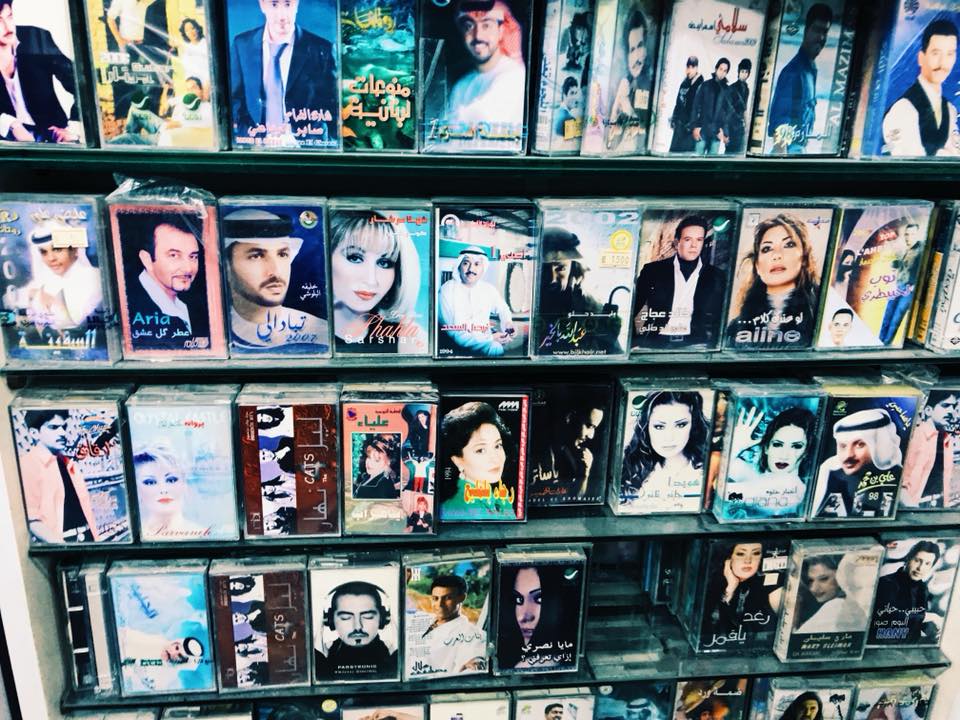 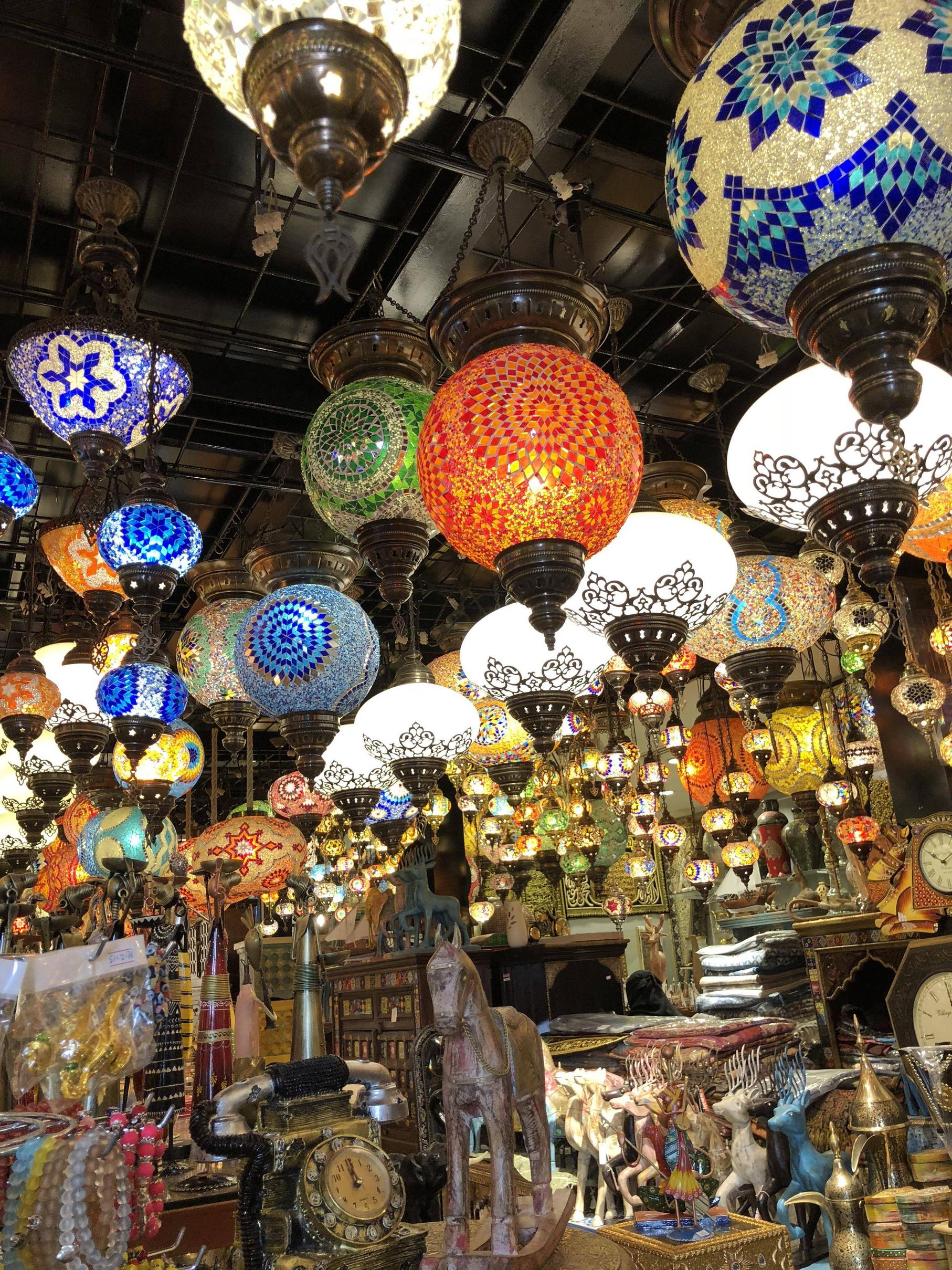 Also located in the alley ways of the Manama market place, you can find local Bahraini breakfast here - fresh eggs, fermented fish sauce, crispy samosas and pots full of Karak chai. Originally founded in 1950, this cafe has become a Bahrain institution. Where locals eat with expats and you can hear whispers of the cultures that make up Bahrain. Conversations in Hindi, Farsi, Arabic, Tagalog, English and Malayalam fill the air. Shops next door play out Arabic radio stations and the shop just behind us plays Bollywood hits. This is such a perfect homage to Bahrain as even the food is a cultural melting pot. Samosas and chai from India, mahyawa from Iran, fresh leaves from local farmers etc. This is one of our favourite spots in Bahrain. No real menu here. If you know, you know. If you thought drive-thru tea didn’t exist - it does in Bahrain. We’d often take breaks from making music and drive down the road to King Karak in Budaiya, a place that mostly does one thing and does it well - if you like your tea sweet and slow cooked we highly recommend. 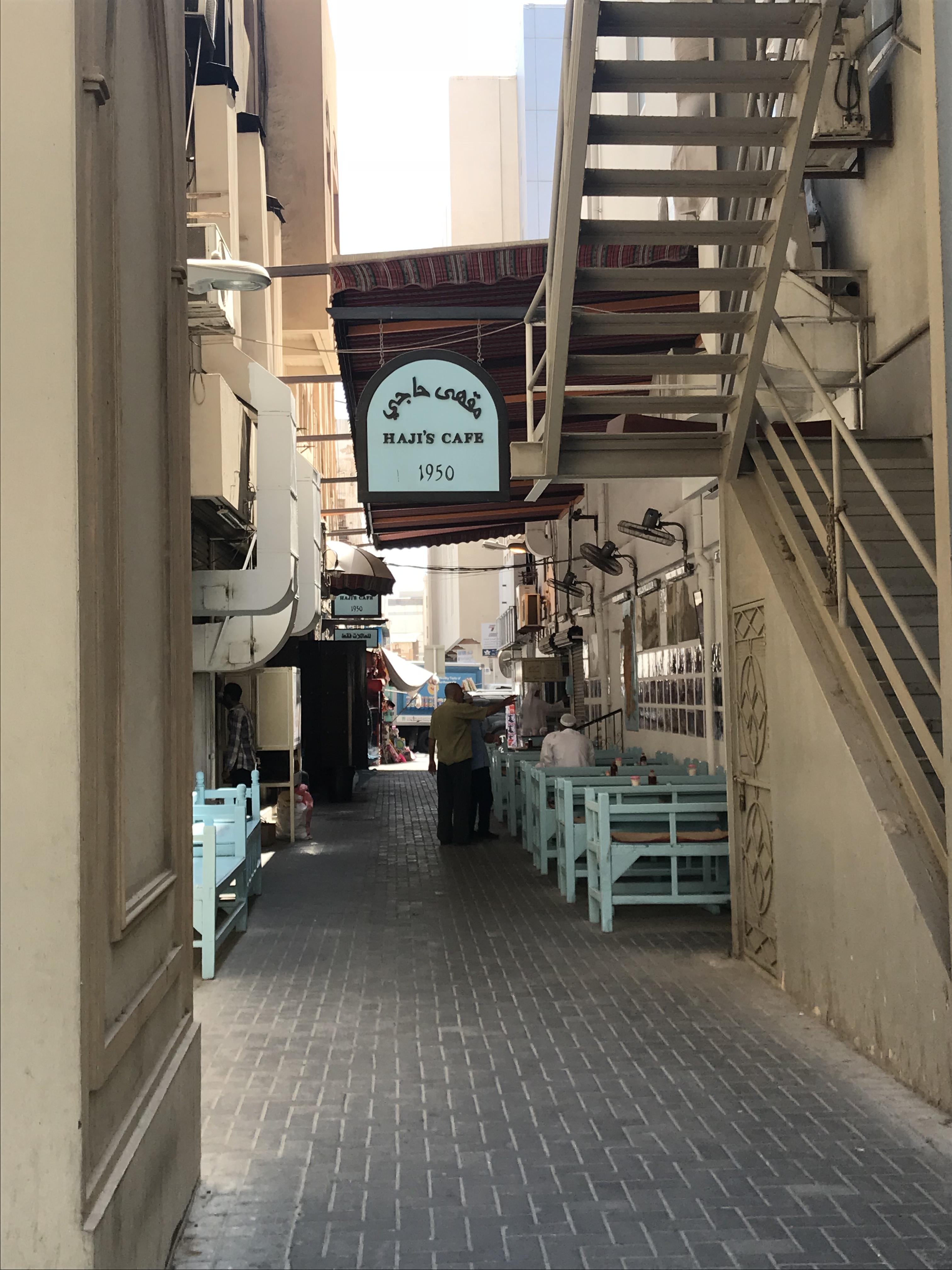 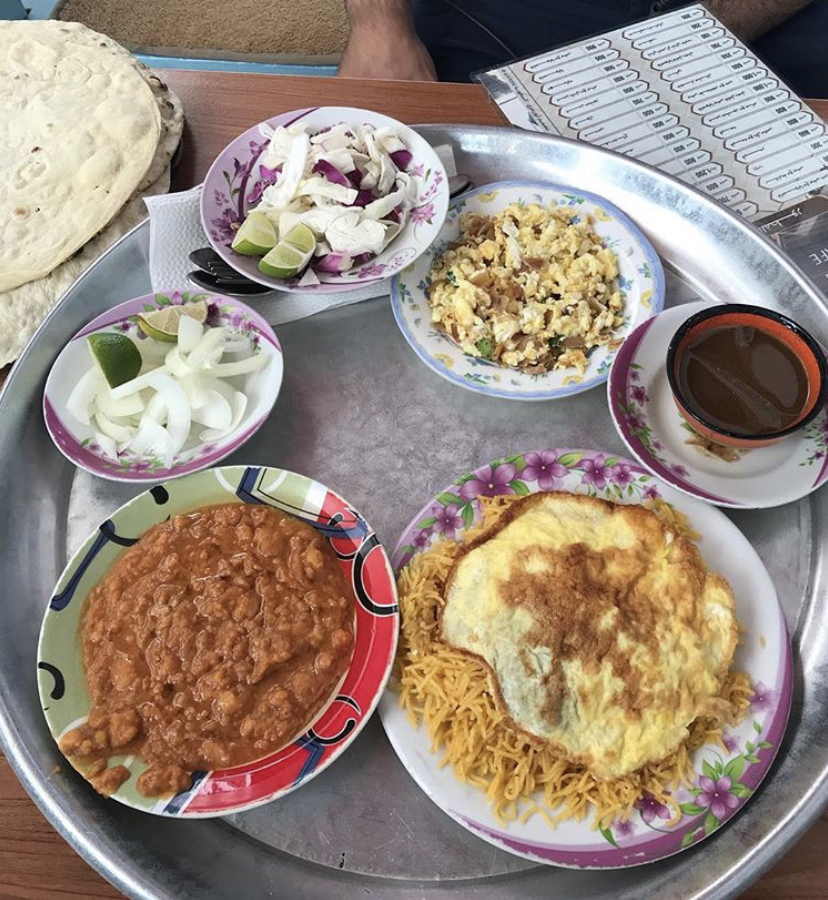 The Bahrain National Museum has some great archives filled with images of traditional weddings, ceremonies and archeology. A must see and a place we often go to feel inspired and learn more about this incredible island. It’s a very quiet place sat next to the National Opera House; an ideal place to get creative and inspired by the sights. 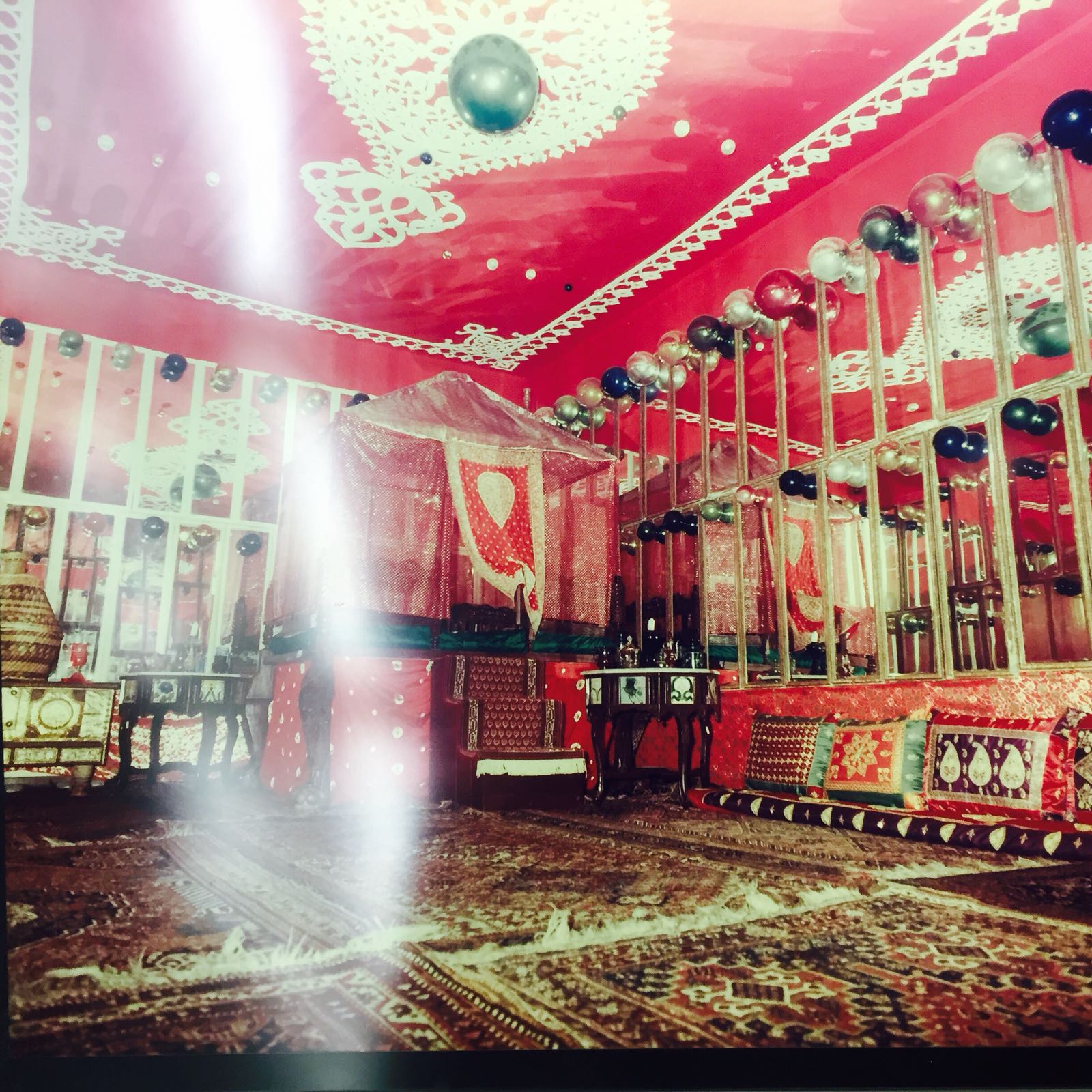 Bahrain is surrounded but lots of tiny islands, most of which disappear at high tide, but early on in the day you can visit them with the perfect weather for a boat trip and catch a sight of flamingos and even dolphins near by. Islands like Al Dar island, meaning the home island, and Hawar Island are some of the most popular islands worth a visit for a taste of freshly caught grilled seafood dishes like hamour and safi. These are places we’d frequently visit during our childhood, associated with good vibes and a sense of family/community and even inspired the name we chose for our label.

For freshly grown Bahraini produce and dates, several farmers markets have been set up in the Nakheel (palm farms) of North West Bahrain. These farms were once playgrounds for families and their children, with rows and rows of palm trees and sweet water swimming pools (also called Ain) filled with natural underground springs hosting many multicoloured fish. The most popular of these was Ain Adhari, a place our parents would frequent as teenagers and many still visit. It’s also a common tradition to camp out in the Sakhir, the southern desert of Bahrain, in winter when the whether is milder and even chilly at night. During the day we’d fly kites and prepare dinner from the earlier hours - sometimes a stew pot or slow cooked lamb, wrapped and buried in a pit topped with hot coals. Tender tasty goodness. 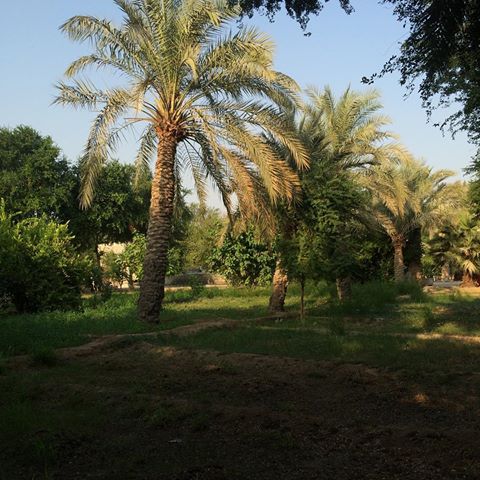 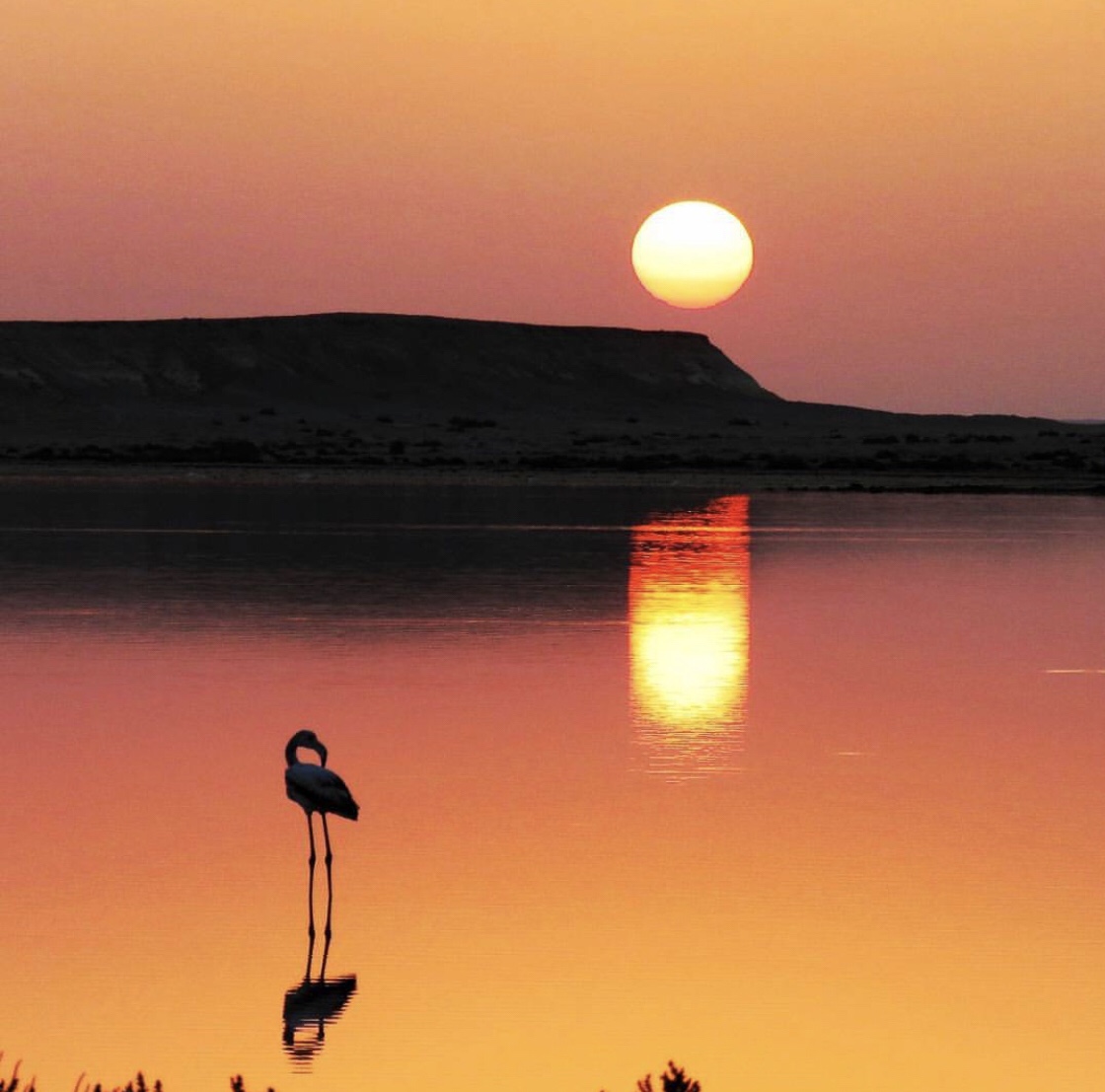